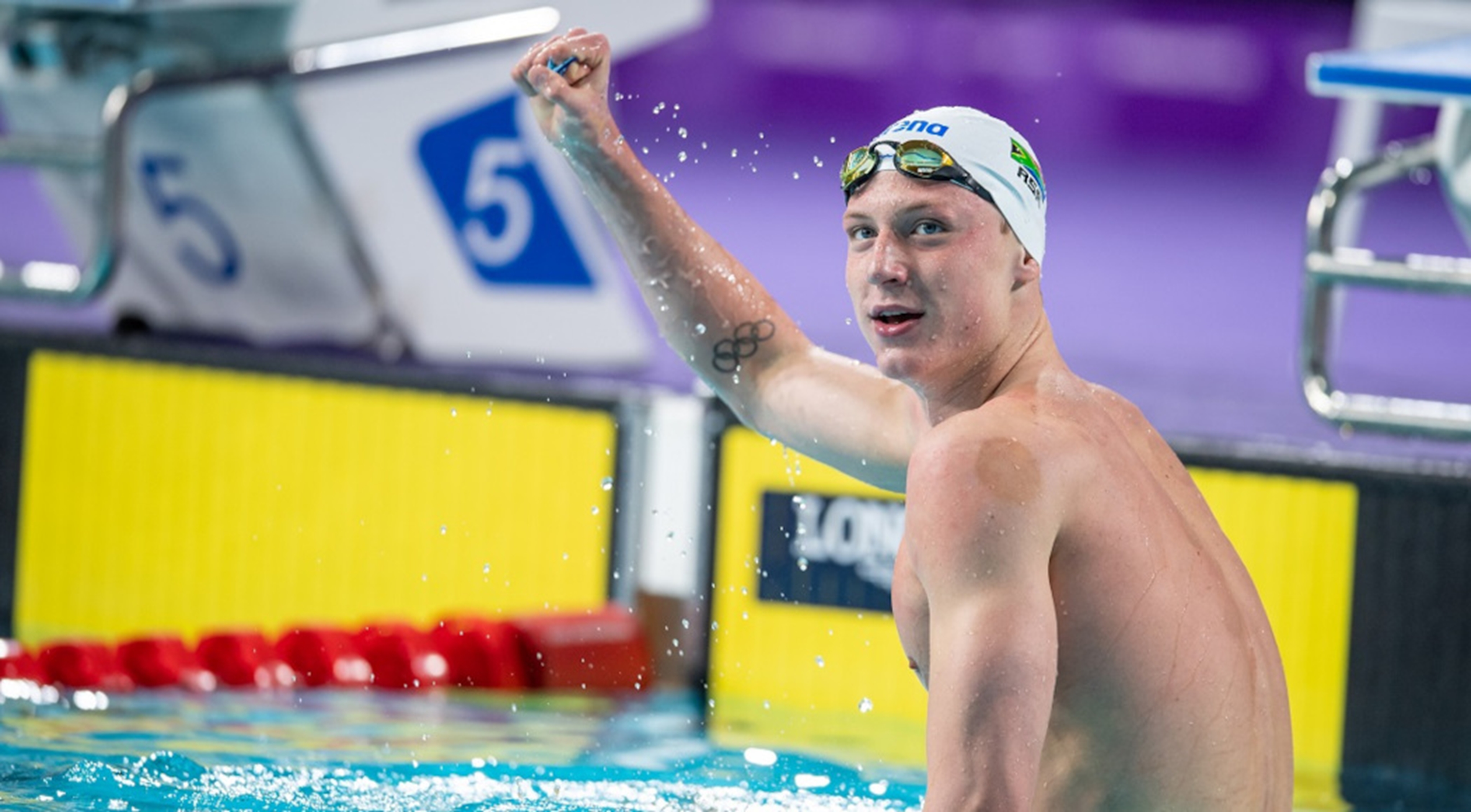 Pieter Coetzé proved to be the star of the South African team at the World Junior Swimming Championships which came to an end in Lima, Peru on Sunday.

Fresh from his gold, silver and bronze at the Commonwealth Games in Birmingham, the 18-year-old from Pretoria left the Peruvian capital with a haul of one gold, three silvers and a bronze medal.

Coetzé saved his best for last, claiming gold in the 200m backstroke on the final day of competition, reaching the wall in a championship record time of 1:56.05, with Japan’s Hidekazu Takehara taking the silver well back in 1:58.22 and Poland’s Ksawery Masiuk the bronze 1:58.55.

“I’m very, very happy. It’s the last day so my body is feeling pretty tired and I wasn’t expecting to go that fast so to get the win is amazing,” said a thrilled Coetzé after the race. “I don’t like losing so it’s always fun to win.”

His individual silvers came in the 50 and 100m backstroke, both behind Masiuk, with his time of 52.95 in the semifinal of the 100m event also a new senior national and continental record. Coetzé also joined forces with Kian Keylock, Jarden Eaton and Luca Holtzhausen to claim second place in the 4x100m medley relay behind Poland in a time of 3:42.95.

Team SA’s other medal of the championships came in the mixed 4x100m medley relay where Coetzé was joined by Keylock, Jessica Thompson and Jessica Carmody, taking bronze in 3:58.58 behind winners Poland and silver medallists Italy.

Other notable performances at the championships came from 16-year-old Milla Drakopoulos who reached the final of the women’s 50m backstroke, where she finished fifth in 29.00. Hungarian Lora Komoroczy took the gold in 28.51, Japan’s Aimi Nagaoka the silver in 28.70 and Italian Sara Curtis the bronze in 28.93.

By the end of six days of fierce competition, Team SA finished joint ninth on the medal table alongside Brazil.